Accompanied by a giant mobile billboard, several hundred animal rights activists descended on the Nike store in Soho to protest the company’s use of kangaroo skin in its football boots. It was the fourth and largest protest in New York City as part of the Center for a Humane Economy’s global #KangaroosAreNotShoes campaign. During two of the previous protests, activists disrupted business inside the store, but NYPD officers and Nike security guards blocked the entrance when activists taking part in the animal rights march of 2022 have arrived at the store.

“Nike’s dirty little secret is that its commercial hunters hunt hundreds of thousands of kangaroos in the dark of night, shoot them in the head and steal their skins to make football boots,” said Donny Moss. of TheirTurn, an organizer of the New York protest. . “Instead of slaughtering innocent animals and using their skin as fabric, Nike should make the obvious choice of cruelty-free materials.”

The protest comes two weeks after the Los Angeles Times published an editorial calling on the California state government to enforce the law banning the sale of ‘k-leather’ and encouraging consumers not to buy the contraband. “There are plenty of quality football boots in materials that don’t require killing kangaroos.” California is the only US state to ban the sale of kangaroo products, including skin, but the Kangaroo Protection Act, a federal law introduced in 2021, would ban the import of kangaroo products nationwide. . 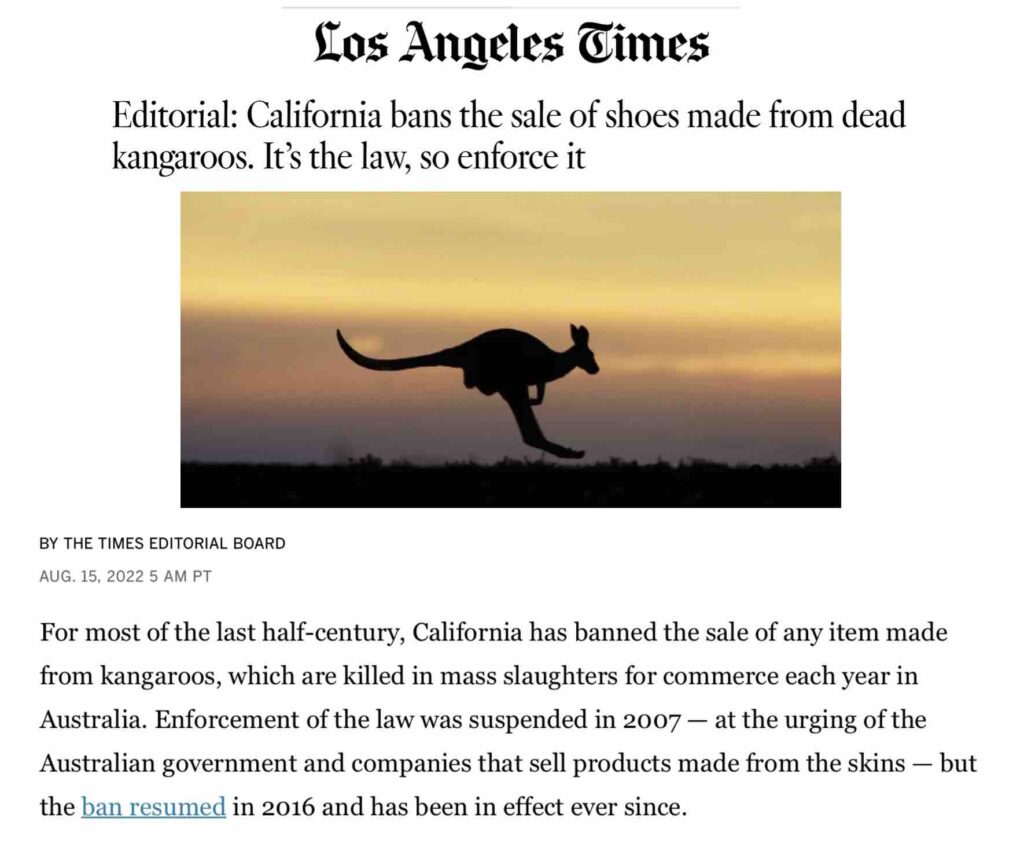 The kangaroo massacre in Australia represents the largest massacre of terrestrial wild animals in the world. According to the Center for a Humane Economy, 70% of the roughly two million kangaroos killed each year for commercial purposes are used to make soccer shoes for sportswear companies like Nike. 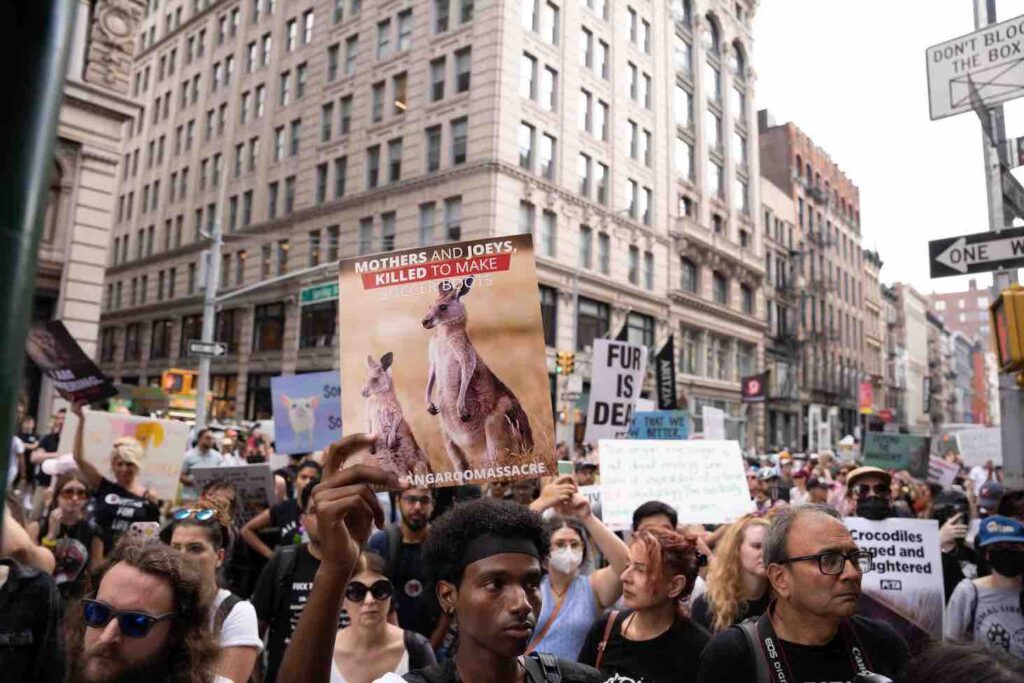 During the 2022 Animal Rights March, hundreds of New York activists descended on Nike’s Soho store to protest the company’s use of kangaroo leather. (photo: Lori Hillsberg)

Some of the downed female kangaroos have babies (joeys) in their pouches or beside them. Code dictates that hunters behead or bludgeon joeys that are in the pockets to death. Joeys that are not in their mother’s pouch often die slowly from exposure and predation. Each year, an estimated 500,000 to 800,000 joeys die during nighttime kangaroo hunting. 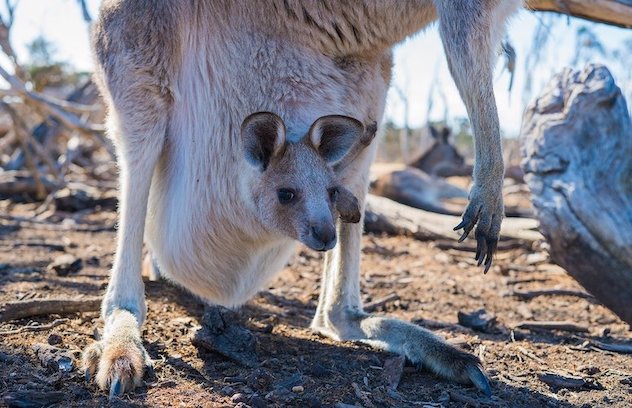 Animal rights activists in Los Angeles, Portland, where Nike is headquartered, and several Australian cities also staged protests inside and outside Nike stores. 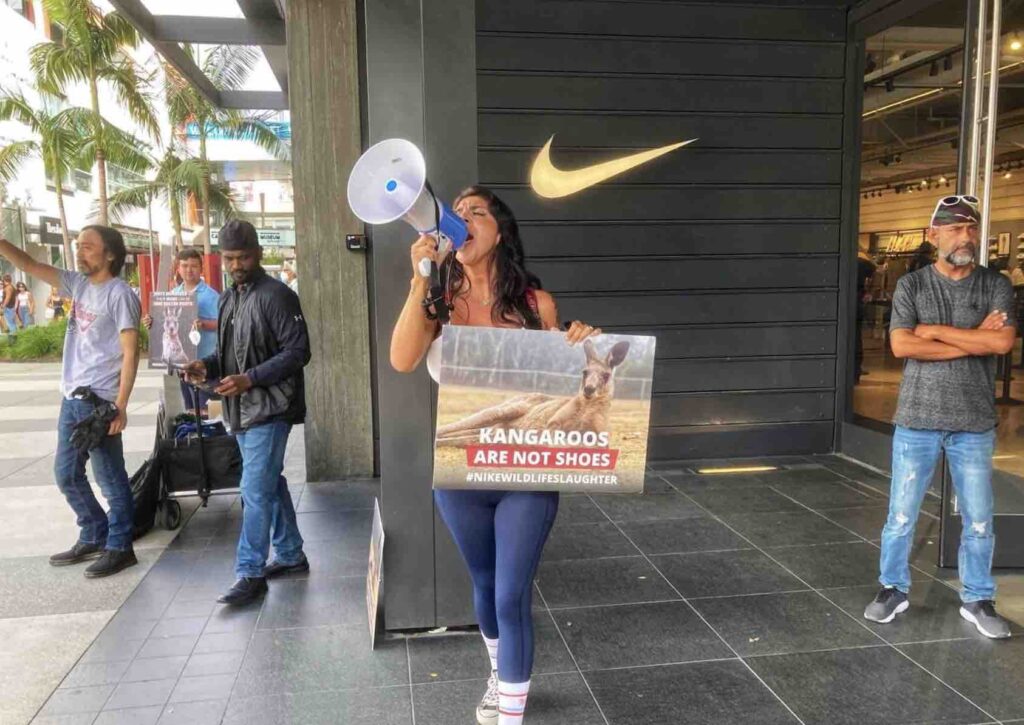 Several retailers, including Nordstrom, Gucci, Prada and Versace, have stopped selling kangaroo skin products. Animal rights activists plan to continue protesting Nike and other apparel and footwear manufacturers that use kangaroo leather, including Adidas and Puma, until they voluntarily remove it from their inventory or a national ban.

The Center for a Humane Economy, which leads the #KangaroosAreNotShoes campaign, has launched a petition calling on Nike CEO John Donahoe to “stop profiting from Earth’s greatest slaughter of wild animals!” About 77,000 people have signed the petition so far.